Video encoding is one of those issues that both accelerates adoption and bedevils content and equipment makers. The current standard, H.264, has found widespread adoption with low royalty rates and is used by virtually every current generation video surveillance camera and DVR. However, while this is now widespread, the increasing use of 4K video means that new encoding standards will be important for any IP camera system using the higher resolution due to high bandwidth and space requirements. 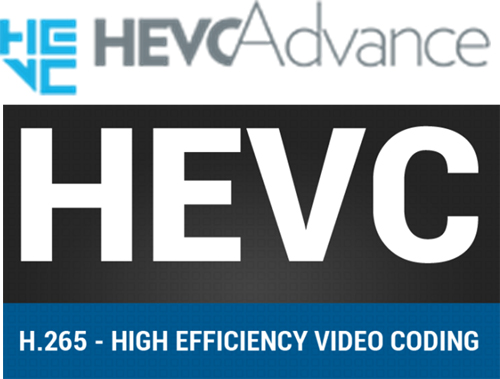 There is a new compression standard, called H.265 or HEVC, but the problem is in the number of patent holders. While H.264 patents were more or less unified in order to allow for easy licensing of the technology, H.265 – which has compression about two times that of H.264 – has been developed by a variety of patent holders who all want a piece of the action. While there is a current consortium called MPEG LA, it does not include all relevant patents.

Now, a new consortium, a patent pool called HEVC Advance has at least appeared to have finally unified the patent holders. The pool is “expected” to include all of the major patent holders, and promises to simplify the licensing (and use) of the technology. On the other hand, the cost for many to use the technology has just gone up significantly.

The consortium’s licensing fees for most developed markets, including the US, Canada, the EU and Japan, will be 5 percent of HEVC-related gross revenue, while developing markets (including China) will be 2.5 percent of gross revenue. The pricing approach will be unattractive for many hardware and equipment makers, who are likely to pay significantly more than in the past, and significantly more than the comparable H.264 licensing.

So while H.265 licensing just got easier, it also got much more expensive. It seems likely that equipment makers will use the new encoding only if there is massive market demand for the new compression based on UHC camera and display system sales.

Link to this page